Camera Hacking and Emulation - Getting Started

Back in early January I decided to issue a challenge to myself—pick up a device and hack it. The goal being to, without any other's work to go off of, get code execution. My chosen target the Samsung wb35f "Smart Camera" has turned out to be a great selection so far, a wonderful mix of documentation-less hardware, outdated software and a trail of discontinued supported technologies. 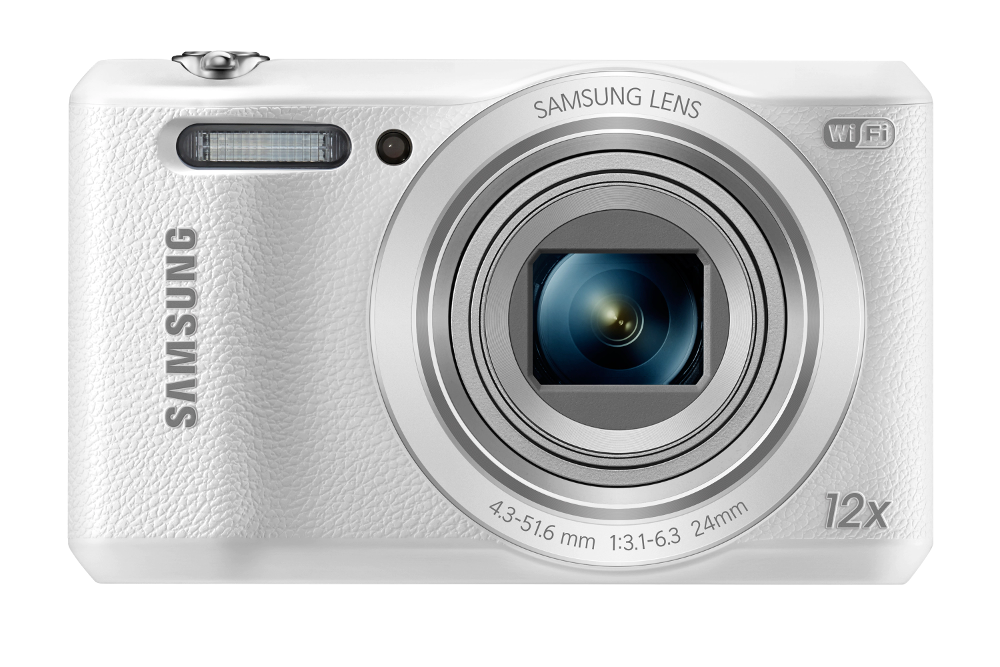 So considering I knew absolutely nothing about this camera that had been sitting on a shelf gathering dust for a couple years, I first needed to get an understanding of the camera itself to know what I was working with. My rather unsuccessful process for this was composed of digging around online for any useful hardware specs, previous research, and features. Ultimately this didn't turn up much, with any specs being focused on the zoom/camera quality (simply unbelievable we live in an age where someone thinks the resolution of a camera is more important than the serial number for its chip...). However features its "SMART features" provide a promising attack surface:

Since this was the only thing I had to go off of at the time, I played around with the camera some to see how the features work. The "Share with smartphone" feature especially intrigued me as it opens an unsecured WiFi network designed for an android phone to connect to while using some Samsung Camera app. After connecting to the annoyingly-short-lifetime network, I ran a quick nmap scan in an attempt to see what I had to work with, resulting in the following findings:

Armed with this knowledge, I proceeded to pull the companion app from the google play CDN and threw it into a run of the mill Java decompiler in order to get a better understanding of what requests were being made by the phone. While I found what HTTP endpoints were exposed, I had no luck crafting a request that wasn't rejected by the Camera. Growing increasingly frustrated with connecting to a WiFi network that closed after 2-3 minutes, I figured I'd have more luck reading assembly than I was having reading the spaghetti Java code. (Brief notes on the network available here)

The process of getting the firmware was rather simple due to a lack of encryption/authentication by the updating process and the fact there is an update process in the first place. The process consisted of Downloading the iLauncher firmware installer from Samsung, inspecting HTTP requests with Wireshark and plugging in the camera. Then just going through the requests to a Samsung domain, finding the download link to the firmware zip in an XML document.

If you'd like to save yourself the effort of replicating while still following along, I've made a simple firmware downloader for the WB35F's firmware. All it does is request the XML file, download the zip from the provided link, and unzip the file. 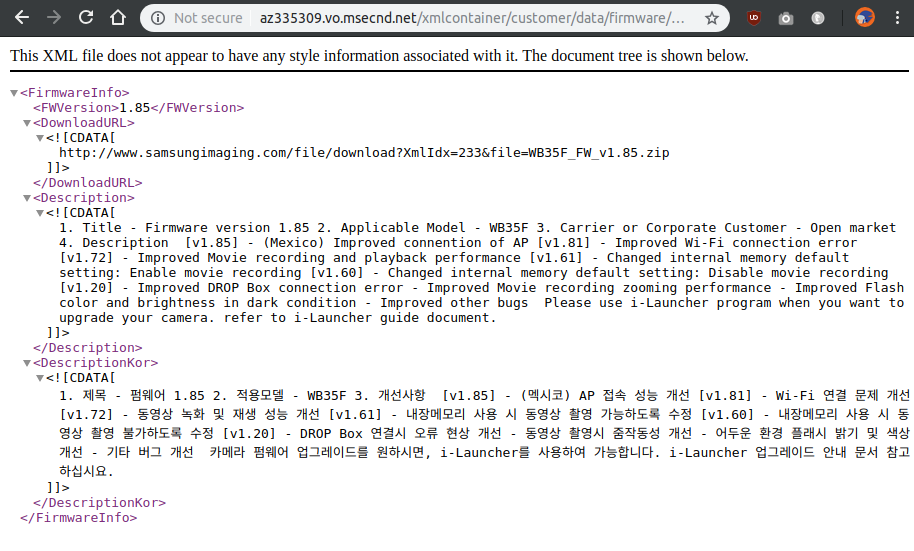 During the process of getting the firmware, I decided to put in a bit more effort towards finding any sort of information about the hardware. Since at this point I knew I'd be starting to reverse the firmware soon, my goal was to find a hardware data sheet to get an idea of what hardware is mapped to what address space. Since scouring the internet for any information about what this device is made of turned up dry aside from a not up to par iFixIt community teardown, I decided to do a teardown of my own. 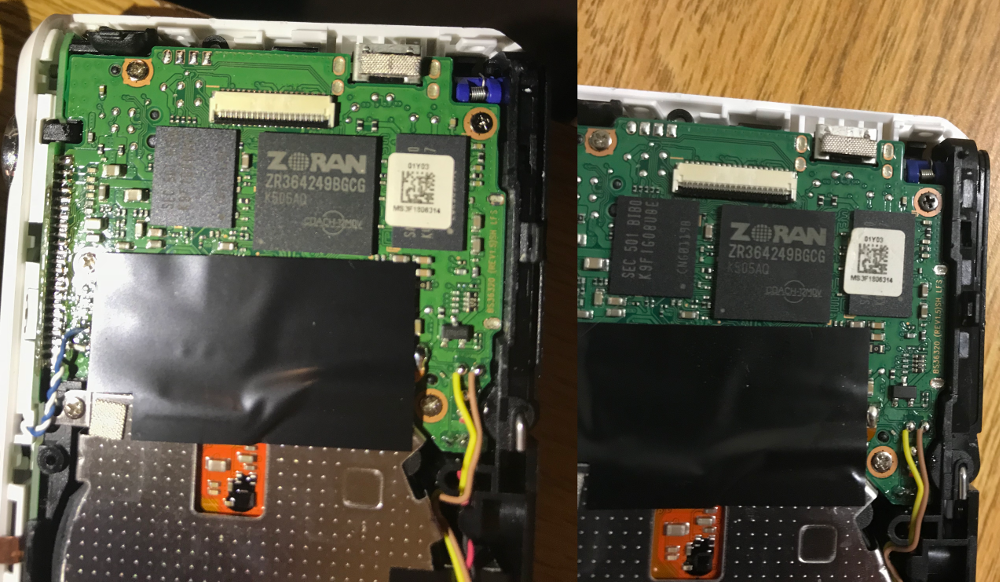 After searching a lot for information on the main chip, the COACH-12MDV, and aside from some leaked datasheets for earlier versions of the chip (which sadly are pretty non-applicable aside from some info on the basic firmware architecture) and putting a name to the face "Camera On A CHip". However having serials for the DRAM turned out to be handy later. (And maybe that's a serial port of some sort at the top?)

The file we get from the zip, while toting the ".elf" file extension, is not actually an elf. Opening it in a hex editor yields: 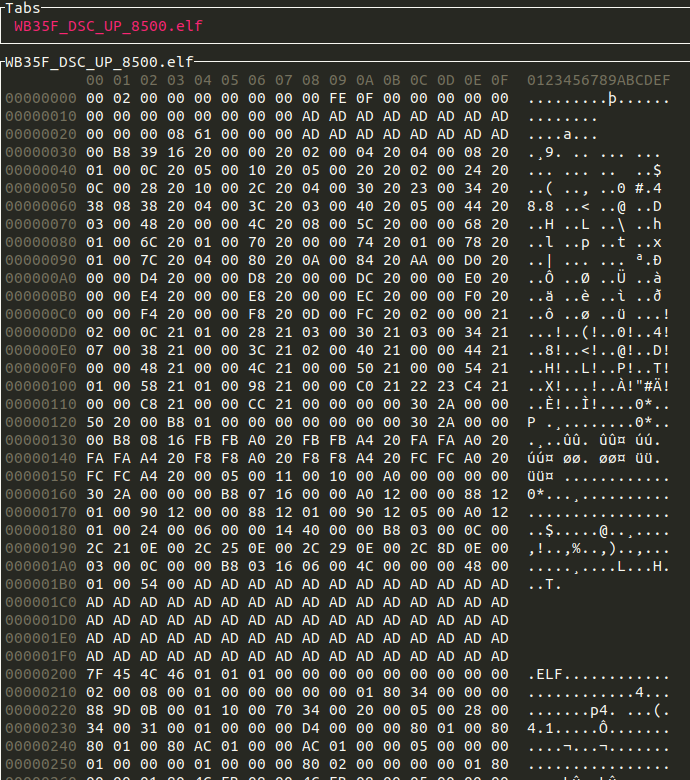 We have a 0x200 byte header of some sort, then an actual elf file (as seen from its distinctive file magic). When confronted with a header we don't really need to understand, first thing's first is just chop it off to see if that works. In this case it does, but, as I later found out, there's more of these headers followed by ELFs. So, reeling back on the laziness just enough to make it work, I used 010 Editor to search 7F 45 4C 46 (the start of the ELF header), exported the results as a CSV and wrote a script to split the file at those points. This results in losing any information stored in the container file, but since there don't appear to be any file names or anything else that could be deciphered within a worthwhile amount of time it's no real loss.

First we are greeted by 13 elfs, which when file is run on them produces:

Originally I started reversing this with IDA but GHIDRA has since been released with MIPS decompilation, a feature that makes it quite a bit more attractive for this project. Going through each file I used the symbols to figure out the breakdown of these elfs:

Interestingly enough, after some digging I found Jan Kučera's Master Thesis titled "Computational photography of light-field camera and application to panoramic photography", which features an appendix detailing some of the technical specifications of the Lytro Camera of the author's own findings. The file system, while not only matching in drive lettering scheme to a log file left on my camera's SD, also includes files of identical names to some of the firmware files (CopMasking, CopNmrLoop1, CopQTTable), all of which were determined by going through the strings of the elfs. While this ended up being a bit of dead end for me, it certainly is an interesting place to find similar research being done. [Download link of thesis] (2.7 MB) 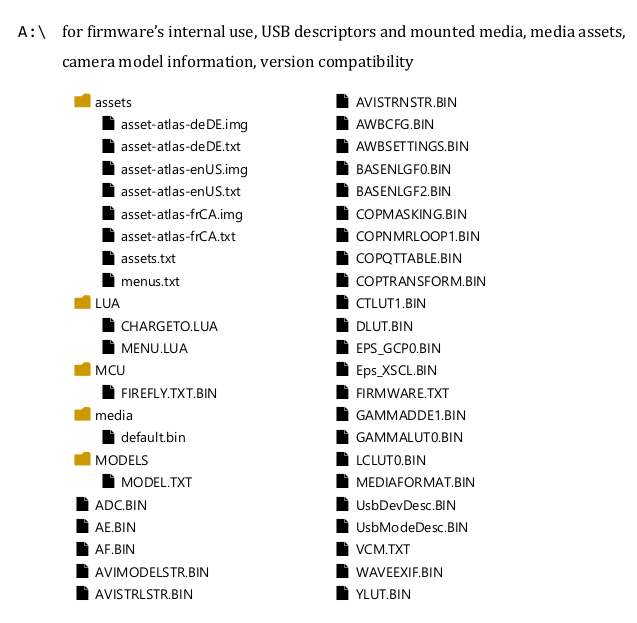 If you thought the corner cutting hacky solutions were over, guess again. As someone who isn't great at soldering, doesn't feel comfortable toting my still-dissassembled camera to the nearest makerspace and isn't even sure whether or not the aforementioned test points do anything, hardware debugging isn't much of an option at the moment. So, as someone who is still naturally lazy and loves the effortlessness of dynamic analysis aiding in some parts of reverse engineering, I decided this would be a good first project for learning how to use Unicorn, an emulation engine. The idea behind unicorn is it handles the universal parts of emulation (memory, executing basic instructions, etc) so that you just have to write a loader for your code binary and use the provided hooks to implement the system-specific parts of emulation.

A quick breakdown of the important parts of the emulator, in order:

Once that is working, all that's left to do is add hooks in order to implement "external" functionality (mostly hardware I/O) and also adding hooks to extend the functionality of the system. For example if I have a printf function in my firmware (which isn't hard to find if that's the case, just follow the strings that IDA/GHIDRA/etc finds automatically), I can write a code hook (UC_HOOK_CODE) to log all printfs by writing code that does the following:

This effectively "replaces" the function with the implementation you've made in your language of choice.

After a couple bug fixes, I ran into a problem where in an initialization function it encounters an infinite loop if the upper 5 bits of the SRSCtl register isn't set.

With emulation, we can easily solve this by just adding a code hook for breaking the loop regardless of the SRSCtl register value.

After fixing this issue, the printf hook kicked into place once this issue was resolved, alerting me of a fatal error of a DRAM size read failing. 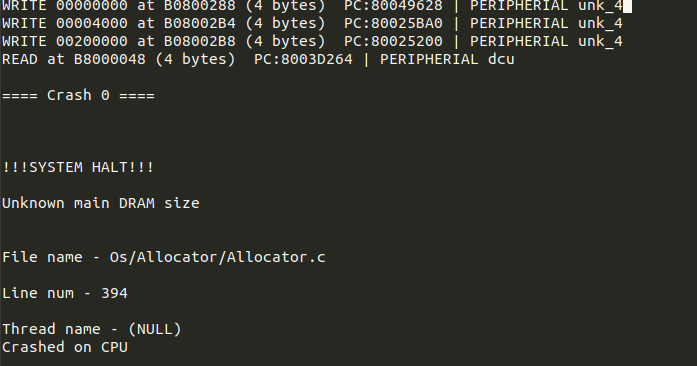 Thanks to the printf hook and logging read and writes to hardware I can see exactly which read causes the crash, where it happens, and the associated crash message. Jumping to the PC for the second to last DCU (DRAM Control Unit) read in GHIDRA and touching up the disassembly some yields:

Since the read is passed into a switch statement, we can pretty easily figure out what the proper value is (in order to better emulate the DCU) by looking at how the returned value is used in order (it's the DRAM size, as we can figure out from the error) and then figure out what the proper value is. From the teardown I learned the DRAM serial is K9F1G08U0E-SCB0000, which, with a little bit of googling can be found to be a Samsung 512 Mbit DRAM unit, which converted to bytes is 0x4000000 so we know that when it reads from this address it should return 4 (as 0x4000000 == case 4).

Currently, I'm still working on improving emulation and documenting various parts of the firmware in GHIDRA, however I still plan on looking into those test points as the firmware has a lot of references to debugging over UART/Samba as well as searching for a potential exploit to mess around with. I plan on posting an update in a couple months, as well as more posts in the meantime so follow me on twitter or use the rss feed if you want to stay updated on that.