Learning Autoref Specialization by Using it in a Real World Library 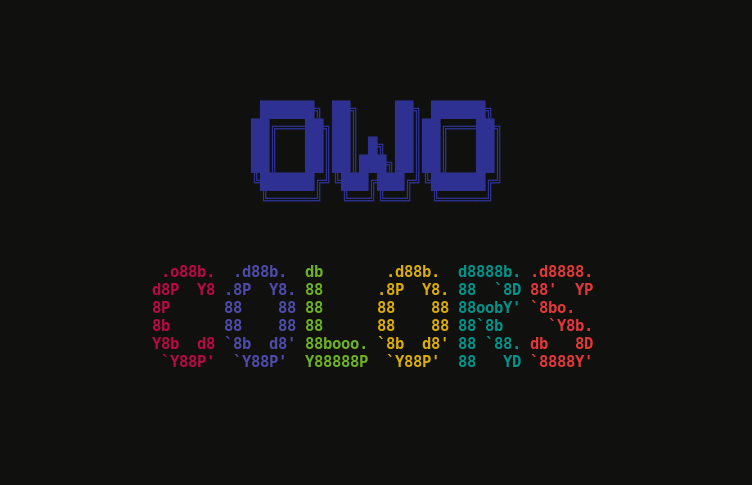 Specialization is just one of Those kinds of Rust features—people who pay enough attention likely already know what I mean—those features that you remember hearing they were 'unstable' in some thread from when you started learning Rust and now a year or two or five later—only to check back in and feel like nothing has progressed. A feature doomed to sit in the dark recesses of the nightly compiler, slowly growing mold and oozing code-smell until the day a brave code janitor comes and brings it out of its misery.

Most of the times these nightly veterans are actually making lots of progress, even if it doesn't outwardly appear like it. A lot of this progress tends to come in the form of long-term work on chalk, polonius, and other efforts towards large-scale improvements of rustc internals.

In the case of specialization, however, things are... less than stellar looking. Now I'm no expert on language design, but one can deduce that "soundness hole" in all bold from the last major edit, a year and a half ago, is not the best sign for being able to use this feature soon.

What even is 'specialization'?

I'll try to keep this part quick, but for starters one feature of Rust's trait system is "blanket implementations". What that means is we can implement a trait for all types which implement another trait:

the above implementation implements the ToString trait for all types which implement Display. That is to say, it defines that we can convert anything which we can display as text into a string. And this is great! This saves a lot of time implementing conversion to a string for a bunch of different types.

However this creates a problem. What if I have a type which has a really inefficient Display implementation, but its ToString implementation could be implemented more efficiently? If I try to implement ToString for my type, it'll cause an error:

Oh no! Now I either need to pick expressiveness or efficiency. That sucks. While 'Display' having a different behavior than 'ToString' isn't normal, wanting to make more specific implementations for a specific type is quite common.

Now in order to understand how I came to need specialization myself, we need to get a bit of an understanding of the crate I needed it for, owo-colors, and understand what lead me to such a design in the first place. Once we cover that I hope it will be clear why specialization is useful here and serve as a concrete example from which we can cover how we can emulate it.

Well, owo-colors is my most popular library, although the idea isn't anything to write home about, it's just your run-of-the-mill terminal colors library. Honestly the interface isn't even original, it even tells you in the README that it's a colored rip-off:

So then why does it even exist? Well for the most part the driving usecase was wanting to iterate on the design, with two of the motivating usecases being "displaying hex numbers" and "use on a no_std target", neither of which colored really supports. Despite that it was overkill for my specific target I decided to extend the goals a bit further by making it work on systems without an allocator.

For those who aren't familiar with colored's interface, here's a code snippet from their README:

the idea is pretty simple: to apply a color to a string, just use a method for the given color. The way this works is using an "extension trait", which is the design pattern of a trait you can import in order to add new methods to a specific existing type. This is often used for adding methods to types in the standard library which otherwise can't be augmented.

In this case, colored extends the &str and String types, adding methods which converts them to a ColoredString, which is basically just a String alongside foreground color, background color, and any effects (strikethrough, bold, etc) that should be applied.

This means in order to display a number in red we need to convert the number to a string, which means we need to allocate this new string. For owo-colors' goals this won't work, so we'll need to rethink the design.

First off let's cover the goals and what their implication is, in order to better understand the design:

Now putting this all together, this means we'll want something that looks something like...

Now owo-colors's definition is a bit more generic, but I'm omitting that for the sake of clarity. Now let's take a look at how this works in practice:

Now let's think about how rustc looks at this: the {:x} means that the underlined portion needs to implement fmt::LowerHex. But what is the type of the underlined portion? Well 3.red() is going to return RedWrapper<&i32>. Then we do .on_blue() and it returns OnBlueWrapper<&RedWrapper<&i32>>, so that's our type which needs to implement fmt::LowerHex.

which will mean that so long as our inner type (in this case i32) implements our formatter trait (in this case fmt::LowerHex), so will our wrapper type. This means that any amount of chaining foreground and background colors will just add more wrapper types which modularly fit together in order to let you use any type with any colors.

Now for those of you out there who know how terminal colors work might've already pieced together: this design has a flaw. The first 18 releases of owo-colors all have this flaw. Well jokes on the people who know enough about ANSI escape sequences to try and guess the flaw: there's actually TWO flaws, so ha!

The first issue is quite simple: if you remember above our type was OnBlueWrapper<&RedWrapper<...>>, however one problem is: if we have &RedWrapper<...>, but not variable of type RedWrapper, that must mean the &RedWrapper<...> is a reference to a temporary value. Which means that if we try to store our 3.red().on_blue() to a variable:

Rust gives us a nasty error:

However, like it says, if we add another let binding:

then our program works as expected. So it's not hard for our users to work around this, but let's not pretend this style of usage is actually nice.

To illustrate the other issue, let's make our own more-readable version of ANSI escape sequences that uses an XML syntax. It'll look something like this:

so we have one sequence of characters which tells us where we start coloring (and which color): <ansi red> and we also have a sequence which tells us to stop: </ansi>. Ignoring a swap from non-printable characters to XML, this is effectively how terminal colors work.

Now, through this lens we can consider what our OnBlueWrapper<&RedWrapper<&i32>> display method's output looks like:

So breaking that down based on which type's fmt::LowerHex implementation wrote what:

However the problem here is that ANSI escape sequences allow multiple effects to be applied in a single sequence. Meaning the more efficient way to display the above looks like:

This optimization reduces the size of our escape sequences a good bit for heavily styled code, but there's a bit of a problem. In order to make such an optimization we need to have special behavior for when wrapper types are nested. And as we discussed back at the beginning of the article... Rust won't let us special-case the behavior of certain implementations of a trait.

So we need specialization, or our library will have to pick a new design. And since specialization is nightly only, guess we're done here. Thanks for reading the blog post! Have a nice rest of your day! Nothing left to talk about! There's no way we can solve our problem!

How We Can Solve Our Problem

Alright, alright, I get it. You can't be fooled. You know I've got the good stuff in the back and I'm just holding out on you. Well fine, I'll go grab it, but it's going to cost you.

Now let's take a look at how method resolution works in Rust.

Now this isn't a "how well do you know Rust" quiz so I'll just show you what this prints:

As for the "why"—when you run a method in Rust it has the ability to either dereference or borrow your variable until it finds a suitable method. The specific rules for this are explained in the Rust reference, but the general idea is that less dereferences/references means higher priority.

This means in certain scenarios (namely ones where the type is known and not generic) we can overrided a trait implementation for a specific type.

Tying This All Together

Now that we have a mechanism for specialization, where do we apply it? Well, due to the fact we're abusing autoreference rules, it needs to be done at a method call. And since our only method calls in the owo-colors API are those of OwoColorize, that means those are the only things we can specialize (meaning: we cannot specialize our fmt::LowerHex implementation itself).

Now knowing that, we only have one option: adding duplicate methods to RedWrapper which take self instead of &self in order to override behavior.

then we can provide a combination foreground-and-background wrapper RedOnBlue, which can then implement our more efficient output. Also worth noting that since in the actual owo-colors the types are generic over the color (for example RedOnBlueWrapper would actually be ComboColorDisplay<'_, Red, Blue, T>), this is not actually as gross as it seems.

But wait! There's more. The autoref specialization has not just solved our efficiency problem. It also solved our ergonomics problem. Since our specialized methods must take self, that means we're not creating a reference to the original color wrapper. We instead extract the &T from it and create a new type. Which means no temporary variable when chaining methods.

Which means suddenly, in a single truly elegant (albeit entirely accidental) move, we have made it so we can chain methods to store for later, entirely solving both of the core issues on the library's design:

This means finally, after 18 versions and over 750k downloads, these core issues have finally been resolved. And alongside this blog post I have released owo-colors 3, and I'd appreciate it if you checked it out! (github, crates.io) It's already being used in great libraries by awesome people like color-eyre, miette, and a bunch of great CLI tools.

And thanks a ton to those working on nushell for giving me the last little nudge I needed to figure this out while they were evaluating using it. I encourage anyone who feels their usecase is neglected by owo-colors to file an issue as issues are the only reason owo-colors is as good as it is now.